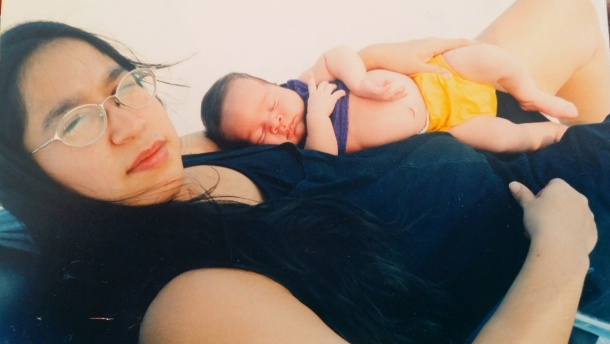 Admittedly, I don’t know what typical (or “normal”, for you non-disability folk) mothering is like. I’ve bought my own cards from my kid and signed them and made my own celebrations because as a divorced mom of an only child with autism, and no one else in my house to assist him, there was no one to make him realize it was my birthday or any other day. Not that he would have cared much, this is the kid it took 10 years to show interest in presents and not the wrapping paper they were in, after all. I always knew I should have popped out more kids…

My ex always felt sorry for me–he has the same child I do, after all– and did what he could, but that was harder once he had a new family and obligations there. After a while, I started ignoring many holidays–it made life much easier.

So, yes, my view of mothering in general is very skewed because I raise a child who needs so much help and tries so hard every day to live in this world. We celebrate itsy bitsy steps toward independence and every utterance that’s not forced.

In my work for the past 14 years, I’ve heard from Latina mamis and AU mothers and mothers of children with other disabilities (I don’t say “special needs” if I can help it) who contact me about special education, disability, and basic mothering dilemmas. There’s ALWAYS a hurdle and a battle, and it’s not the normal kids-being-kids stuff, it’s yet another appeal or argument over a service or plan. Or their child’s being left out of extended family things/events (not to mention their schools/communities), and being isolated.

As much progress as their kids make, they’re never really relaxing because there will be no child of theirs taking care of them when they’re older. Instead, these moms tell me “I can never die”, because who will help their 50 year old child every day and where will they live and will it be safe? I have heard the phrase “I can never die” from mothers like me more times than I can count.

So, Happy Mother’s Day to the women whose kiddos have been pushing you out of their rooms since they were 2 because of sensory overload (not because they’re “independent”), who didn’t want hugs as babies or make eye contact. Who lie on the ground in toddler tantrums–with stubble on their face. For the moms who police are called on because their shrieking–over a cat’s meow that hurts their oversensitive ears–sounds like they’re being abused. And so on.

You do what you can every day to make it an easier place for your children, even if others don’t/can’t comprehend it. XOXO