I wasn’t going to say my age online, but I don’t dye my grey, yet I’m secretly hoping for a Cruella Deville side of white at the side of my head. I could rock this: 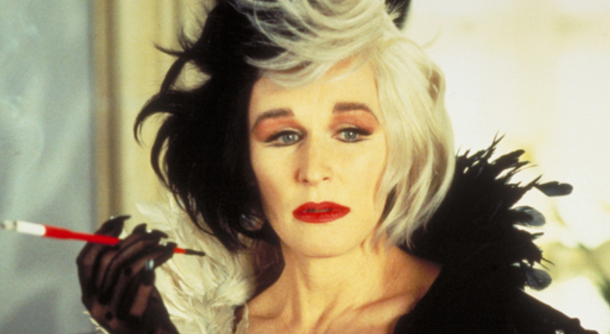 Kind of hard when you only have 10 grey hairs, but they’re coming fast, with a teenager with autism, trust me.

Plus, I didn’t want to say my age at first because  so many of you thought I was younger…FYI it’s called immaturity. Keeps you young! But, it’s the truth.

Not gonna lie, I cried on Sunday, because it is my last year of my 30s and I won’t have more children. Yes, yes I can adopt, do IVF, etc., but realistically I shouldn’t and am not going to. Then I had an epiphany, no I can’t share it yet, but it’s life changing.

My husband, as usual, fretted over me till I stopped crying. I think he bought me a grapefruit to cheer me up. It did. He is amazing.

Did you know I was named after my mother’s cousin Gloria Villasenor (my son’s middle name)? She was killed by her husband, in her early 20s, on way home from a party, in front of her children. He threw her into the ground repeatedly. She was a small woman, he hit her head in the cement so many times she died quickly. Justice then? He went on to remarry and have a whole family. Some people don’t make it to this age. For that I’m grateful. Saddened. But grateful. I could tell you more, but we will leave it at Gloria Villasenor for now, she is one of MANY of my ancestors who guide me.

–Having a partner, who, like me, takes the bull by the horns! Life is meant to be fully lived, something we did before we met, and what we do now, together. Never. A. Dull. Moment. in the Perez-Stewart house….

–Being halfway done with law school. Thank you Baby Jesus. Or Baby Chuy. Whatever.

–The teen is thriving. THRIVING!!!!

–I realized in the past few months that I had used dreaming as spirituality when I was younger, and have been doing a lot of self-discipline with that. (What is interesting is that I STOPPED logging dreams right around the time when Aidan was diagnosed with autism. And turned my back on all the energy work I had done to that point. Kind of deep shit, when you think about that.)

–I had a great energy session today, on my birthday. I worked on recent incident with my intuition, which I didn’t honor recently. And which taught me an important & hard lesson.

–My son’s stepmom came over Saturday night and we talked about stuff for the kids. My ex wasnt there, then he felt left out because we were all hanging out without him, so Johnny told him to come over. He did and brought us all dinner he had made. It’s all weird but they’re my son’s family so they’re mine and we argue (daily) but that’s also family, isn’t it?

–I’m thoroughly enjoying myself and my family and that’s amazing to be able to do. I probably appreciate that more than most. 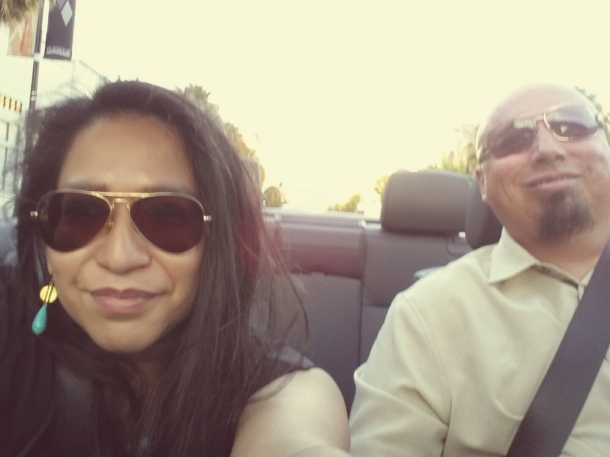 Had a great night talking to my husband about just that. He’s a nut and wore sunglasses for dinner, what can I say?